Rubens Gonçalves "Rubinho" Barrichello (Portuguese pronunciation: , born May 23, 1972 in São Paulo) is a Brazilian Formula One racing driver. He is currently racing for Williams F1

Barrichello has scored the eighth highest points total in Formula One history. Barrichello drove for Ferrari from 2000 to, as Michael Schumacher's teammate, enjoying considerable success including finishing as championship runner-up in 2002 and 2004. Schumacher's retirement at the end of 2006 made Barrichello the most experienced driver on the grid, and at the 2008 Turkish Grand Prix he became the most experienced driver in F1 history. He became the first driver to reach 300 Grand Prix entries and 300 starts, doing so in 2010. He is also the incumbent chairman of the Grand Prix Drivers' Association

A modern Formula One car is a single-seat, open cockpit, open wheel racing car with substantial front and rear wings, and an engine positioned behind the driver. The regulations governing the cars are unique to the championship. The Formula One regulations specify that cars must be constructed by the racing teams themselves, though the design and manufacture can be outsourced. 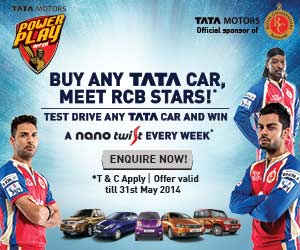 Formula One cars are considered to be the fastest circuit-racing cars in the world, owing to very high cornering speeds achieved through the generation of large amounts of aerodynamic downforce. Formula One cars race at speeds of up to 360 km/h (220 mph) with engines limited in performance to a maximum of 18,000 revolutions per minute (RPM). The cars are capable of lateral acceleration in excess of 5 g in corners. The performance of the cars is very dependent on electronics – although traction control and other driving aids have been banned since 2008 – and on aerodynamics, suspension and tyres. The formula has had much evolution and change through the history of the sport. Europe, the sport's traditional base, is where about half of each year's races occur. That said, the sport's scope has expanded significantly during recent years and an increasing number of Grands Prix are held on other continents.

The 2006 Formula One season saw the Fédération Internationale de l'Automobile (FIA) introduce the current engine formula, which mandated cars to be powered by 2.4 litre naturally aspirated engines in the V8 engine configuration, with no more than four valves per cylinder. Further technical restrictions, such as a ban on variable intake trumpets, have also been introduced with the new 2.4 L V8 formula to prevent the teams from achieving higher RPM and horsepower too quickly. The season limited engines to 18,000 rpm, in order to improve engine reliability and cut costs. For a decade F1 cars had run with 3.0 litre naturally aspirated V10 engines; however, development had led to these engines producing between 980 and 1,000 hp (730 and 750 kW), and reaching top speeds of 370 km/h (230 mph) on the Monza circuit. Teams started using exotic alloys in the late 1990s, leading to the FIA banning the use of exotic materials in engine construction, and only aluminium and iron alloys were allowed for the pistons, cylinders, connecting rods, and crankshafts. The FIA has continually enforced material and design restrictions to limit power, otherwise the 3.0 L V10 engines would easily have exceeded 22,000 rpm citation needed and well over 1,000 hp (745 kW) Even with the restrictions the V10s in the 2005 season were reputed to develop 980 hp (730 kW), which were reaching power levels not seen since the ban on turbo-charged engines in 1989.

The lesser funded teams (the former Minardi team spends less than 50 million, while a year developing their car) had the option of keeping the current V10 for another season, but with a rev limiter to keep them from being competitive with the most powerful V8 engines. The only team to take this option was the Toro Rosso team, which was the reformed and regrouped Minardi.

Early designs linked wings directly to the suspension, but several accidents led to rules stating that wings must be fixed rigidly to the chassis. The cars' aerodynamics are designed to provide maximum downforce with a minimum of drag; every part of the bodywork is designed with this aim in mind. Like most open wheeler cars they feature large front and rear aerofoils, but they are far more developed than American open wheel racers, which depend more on suspension tuning; for instance, the nose is raised above the centre of the front aerofoil, allowing its entire width to provide downforce. The front and rear wings are highly sculpted and extremely fine 'tuned', along with the rest of the body such as the turning vanes beneath the nose, bargeboards, sidepods, underbody, and the rear diffuser. They also feature aerodynamic appendages that direct the airflow. Such an extreme level of aerodynamic development means that an F1 car produces much more downforce than any other open-wheel formula; Indycars, for example, produce downforce equal to their weight (that is, a downforce:weight ratio of 1:1) at 190 km/h (118 mph), while an F1 car achieves the same at 125 to 130 km/h (78 to 81 mph), and at 190 km/h (118 mph) the ratio is roughly 2:1.

The bargeboards in particular are designed, shaped, configured, adjusted and positioned not to create downforce directly, as with a conventional wing or underbody venturi, but to create vortices from the air spillage at their edges. The use of vortices is a significant feature of the latest breeds of F1 cars. Since a vortex is a rotating fluid that creates a low pressure zone at its centre, creating vortices lowers the overall local pressure of the air. Since low pressure is what is desired under the car, as it allows normal atmospheric pressure to press the car down from the top, by creating vortices downforce can be augmented while still staying within the rules prohibiting ground effects.dubious

The F1 cars for the 2009 season came under much questioning due to the design of the rear diffusers of the Williams, Toyota and the Brawn GP cars raced by Jenson Button and Rubens Barrichello, dubbed double diffusers. Appeals from many of the teams were heard by the FIA, which met in Paris, before the 2009 Chinese Grand Prix and the use of diffusers was declared as legal. Brawn GP boss Ross Brawn claimed the diffuser design as "an innovative approach of an existing idea". These were subsequently banned for the 2011 season.

Home | About Us | Gallary | Our Clients | Offers | Contact Us
© 2012 contac@ megasportclub.in. All Rights Reserved